Letting go, it's hard, but kind

Sometimes horse owning comes with hard decisions. One of them is letting your old stock tell you when it's their time. At the beginning of 2019, we knew it might be this year. Chica was starting to have trouble getting back up from naps, and as the year wore on, began to be visibly tired and distant, choosing the quiet shade of her stall over even the unchallenged round bale. Peso was already deaf as a post, but her eyesight was clearly starting to go as she approached 35, and she spent long hours resting, more time down than up and took longer and longer to come back up to the barn at night. When the cold weather really socked in, their discomfort became less of a sometimes thing and more of an every day thing, the pair of them making the slow walk down the fenceline to their preferred napping tree each day to stay away from the hubbub of the weanlings playing.
When you have older stock, you have a responsibility. You have to listen to them. A good, well-bred, and well-taken care of horse will keep ticking along, even as their body starts to fall down around them until a catastrophic injury, illness, or act of God happens. And we don't believe in keeping them around when they have no quality of life, when they're in pain, when they'd rather sleep through their days than experience them. There's no honor in making an old horse keep living in pain so you can hit a milestone, or because you simply won't do them a final kindness. 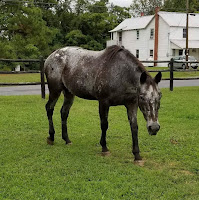 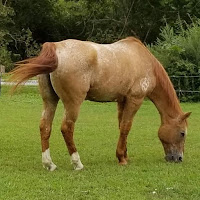 These two old girls have given us everything. They've brought our foals into the world, and now they've both got grandcolts, even great grandcolts in Peso's case, out there carrying on their legacy. They've brought home ribbons, trophies, national titles, saddles, and more between them. They've taught countless friends, family, clients, and students to ride and to love horses. They've been ambassadors, not just for our farm, but for the Appaloosa as a whole. And we've made sure to repay them as much as we can. They've both been done having foals a good many years, both been done showing about that long as well. These last several years, for the most part, they've just been horses. They've done the occasional trail ride. They've nannied our foals each year when it suits them. They've had warm stalls, a grass paddock, other friends when they want them, and each other's constant company when they don't. We've made sure they have never wanted for feed, for hoof care, for treats and petting, for anything else to keep them as comfortable as two elderly ladies who've worked a hard 60+ years between them could be.
And today, after we made sure they had a good several years of practice for the green pastures on the other side, we brushed them and fed them one last time. And we said goodbye.
RIP
Chick Olena, "Chica"
2/27/1990 - 12/23/2019
And
Skips Sierra Gold, "Peso"
3/8/1986 - 12/23/2019 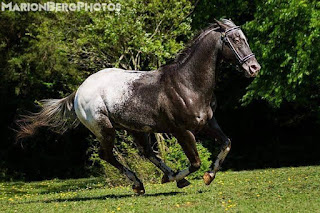 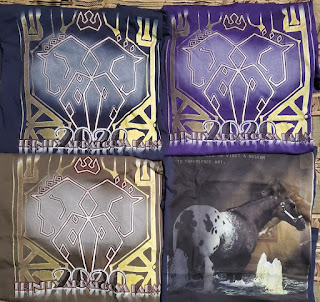 Posted by Trinity Appaloosa Farm at 7:35 AM No comments:

Being prepared, it takes more than few pool noodles. 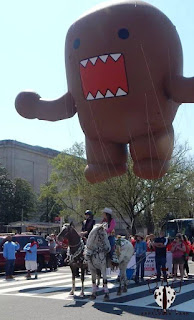 We try to trai our horse for most things, but there are some things you can't train for, so you have to breed for the mindset that will take things in stride instead! When we agreed to do the Cherry Blossom parade in Washington D.C. with Miss Rodeo Virginia in 2018, we had no idea we'd have a balloon right over our two horses the whole ride. But, Heza Docolida and Stonewall Rascal took it (and the dozen other balloons, the marching bands, the flag twirlers, floats, beauty queens, cars, acapella groups, and everything else!) in stride. If you can't train for a scary situation, breed for a brain that will see you through it safely!


Copyright by
Bron Stark
2019
Trinity Appaloosa Farm
Please do not use without permission.

Posted by Trinity Appaloosa Farm at 5:16 PM No comments: