Stallion Fees - Nickel and Diming Your Business Away 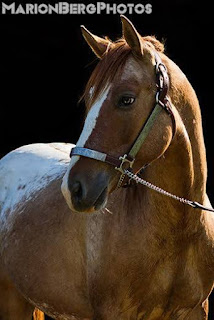 
We don't use a lot of outside stallions, preferring to buy mares and breed to our own boys. But, sometimes you gotta have outside blood to keep your gene pool diverse. So, for the first time in a VERY long time, we're actively stallion shopping. And it is a real pain in the butt.
Our own stallion fees are straight forward. Stud fee plus mare care for onsite breeding, stud fee plus flat rate collection fee and shipping for chilled semen. We do have a booking fee, but it is applied to the stud fee, not in addition to it (a Time Waster's fee, we call it), and it's not required for mare owners to pay it early if they want to chance a spot still being available later in the season. We also offer a plethora of discounts that owners of proven mares can get in on, giving you your nickels and dimes back instead of adding up fees day in and day out.
We've been there, getting nickeled and dimed, and boy does it ever make us mad. Especially when the extra fees are hidden in the fine print or not brought up at all. We've had to walk away from the money we spent on a stallion auction stud fee because the added fees JUST from the stallion owner (chute fees and collection fees and fees for hauling to the vet) added another several THOUSAND dollars to the stud fee, not to mention the fees on this end to have the mare inseminated by a vet. Needless to say, that stallion, despite being good enough for us to buy a breeding to, doesn't get recommended to anyone by us and we haven't added any of his blood to our program later on.
The thing about stud fees is, they are a return investment for both the mare owner, and the stallion owner. If someone intending to raise and show their foal comes to you, pays a fee, and puts a championship on the foal, that's a success the stallion owner is party to and can capitalize on further as proof their stallion produces well. The mare owner invests in a stud fee to produce their next champion, and it pays for both sides to be picky- no one likes do-overs (but repeat business is excellent).
When it comes to a lot of these superfluous fees though, you lose business- and in losing that business you lose your future investment. One person might be okay with adding an extra thousand dollars to their bill, but the people with champion producing mares and breeding programs will get offers from business-savvy stallion owners who are more worried about their stallion's production record than a few hundred more bucks. If one person pays that thousand dollar chute fee, and ten people decide to take their good mares to better pastures, you've lost money- and a LOT of it, meanwhile a lower cost, but not lower quality, stallion has progeny in the ring helping him get more stud fees.
Now, we're not saying give stud fees away, if your stallion has value, you should get paid for it. However, unproven stallions asking stud fees higher than proven World Champions is ridiculous. If your stallion has no foal crops then he should not be asking top prices. If he has limited foal crops he still doesn't meet the criteria for top stud fees. Until he has foals old enough to be competing and winning under saddle then he needs to stay at mid range or below. When we see stallions who have less competition records than our Bronze Medallion stallion asking twice the fees, no proven foals and all kinds of add ons it tells us that either you don't want our business or you have NO idea how this business works. We don't ask for discounts, we just want the honest answers when it comes to fees. If you have extra fees, be up front and don't spend hours talking up your stallion only to disclose the fees much later on. Then, we don't waste each other's time. We've gotten to the point where we want to hear about fees first and everything else second. Sure, he's a perfect angel and sires unicorns, but are you gonna charge me to put a halter on him? Am I paying for his farrier visit while I'm at it? I just want a syringe of Thunder Concentrate, I'm not buying part ownership here.
The other thing is, a lot of mare owners are viciously monogamous. We are too! If we breed to a stallion once and like the result, we'll be back, even if it takes a few years. And we'll tell our friends about him too. We LOVE our repeat clients- so much so that they get discounts for coming back to us! The stallion industry is highly competitive and good programs that will elevate your stallion's reputation are needed to pad out his production record. Don't scare folks off for a few extra dollars!
To hear about our no-frills and no-nonsense stud fees (and our discounts!), shoot us a message